If you like French movies and Paris, then my guess is you’ve watched the modern classics Amélie Poulain and les Intouchables. Even if you aren’t a fan of French movies yet, they are such an easy way to get a good feel of the modern French society as those movies were produced for French viewers.

That’s why I put together a list of 8 lovely movies that will help you discover Paris through the eyes of directors who lived there or who successfully avoid cliché shots of the French capital.

Will you see the Eiffel tower in the background of certain movies?

Obviously you will, but most of all you will be intrigued and moved by the lives of Parisians and foreigners alike.

Just so you know, I carefully selected these movies so they reflect a city I know well after living beside Paris from 1990 to 2010.

I highly enjoyed these stories and hope you too will feel uplifted after watching one of these movies tonight.

Some of these movies aren't even in French, but I still included them as I found them accurate in catching the essence of Paris.

I decided to organize the movies starting with movies which will be easy to understand even for a beginner in French.

If you're in a hurry, click on the movie you'd like to watch on the right. You'll find a Youtube trailer with subtitles, a list of vocabulary topics and the level of French you'll need to view this movie.

One last warning : if a movie is French, then you most certainly can expect some nudity shots and a lot of swear words.

This tends to reflect some of the French mentality and is part of the cultural shock you'll experience while living in France.

My advice : be open to the differences but don't feel ashamed to have other principles.

A nostalgic meeting in sunny Paris Story : 9 years after a brief but intense encounter in a train car to Vienna, they meet again for one long afternoon walk in sunny Paris. They have both moved on but still seem to battle with feelings for each other. Expect to be sucked in by their intimate conversation on the choices we make in life and the pains of becoming an adult, which won't leave you cold. Be aware this movie is 90% dialogue.

Notes on spoken language : Mostly English with a tiny bit of French

What m﻿﻿﻿akes this movie great : This is part 2 of a trilogy from Richard Linklater, who also directed the exceptional movie Boyhood. Each part of this series focus﻿es on a key moment of a couple’s relationship. This movie is extremely personal to the lead actors as they wrote the script together with the director, even adding moments of their own past relationships. Make sure you watch part 1 and 3 of this trilogy if you enjoyed this movie!

The troubles of being in love with a French Story : Follow 2 days in the relationship of a French woman and an American guy while they tour Paris in the hopes of spending a romantic weekend together. Unfortunately, the constant accidental meetings with Marion's ex-boyfriends, her nosy parents and Jack's obsession with photographing every famous monument only adds fuel to the fire.

What m﻿﻿﻿akes this movie great : Julie Delpy wrote the script, directed and played in the movie as one of the lead characters! Don't take this movie's portrait of Parisians too seriously, Delpy makes fun of the French in a loving way because she knows them so well. Also, make sure you watch the sequel called Two days in New York if you enjoyed this movie.

3. The science of sleep

Dive into the imagination of Stéphane Story : This is the story of Stephane, who returns to his native Paris after the news of his father's passing. His artistic talent is not recognised and he finds himself stuck in a boring office job. Instead, he prefers daydreaming rather than facing grey reality. He then meets a mysterious young woman who will actually push him to review the limits of dream and reality.

Notes on spoken language : Mostly English with bits of French and Spanish

What m﻿﻿﻿akes this movie great﻿ : 80% of the lead character's personality is based on director Michel Gondry (20% coming from Gael García Bernal’s interpretation of the character). Even the house in which they filmed used to be his home. Gondry also directed ﻿﻿Eternal Sunshine of the Spotless Mind﻿﻿ and ﻿﻿﻿Mood Indigo﻿﻿﻿ (based on ﻿﻿﻿L﻿﻿’é﻿﻿cume des jours﻿﻿﻿ from Boris Vian).

A collection of magical moments in Paris Director : among others Gus van Sant and The Coen Brothers

Story : You get 18 short movies instead of a long story. Each story features a different "arrondissement" of Paris with a completely different intrigue. I would recommend watching story #4 which is hilarious and unexpected, #7 about a man who decides not to cheat on his wife, #16 about a guy who reviews his relationship with an actress and #18 which you will love too about an American woman who recalls her trip to Paris during French class.

Notes on spoken language : most stories are (partially) in French, except for stories #5, 9, 15, 16 and 17. Expect a Parisian or American accent.

What m﻿﻿﻿akes this movie great : 22 very different kind of directors came together to create this unique movie. Every story lasts 5 minutes and will show you lots of shots of Paris from above. This movie is perfect to watch if you're intermediate in French as many actors who speak French are actually American, with dialogues that are easy to follow. If you liked watching this movie, you'll probably enjoy Rio eu te amo and New York I love you. Story : A busy mom, her young son and his nanny. The mom works as a puppeteer and is having difficulties with her tenant and life in general. The nanny is actually a Taiwanese student film-maker who delights in observing her surroundings. Simon, a young boy, travels around Paris accompanied by a red balloon with whom he likes to talk.

Notes on spoken language : Parisian French, easier for students because there aren't much dialogues, or they are between a child and a nanny.

What m﻿﻿﻿akes this movie great : Small warning, this movie is slow-paced with little dialogue, a bit like a dream shot of Paris and its inhabitants. Flight of the Red Balloon features an homage from the Taiwanese director to the City of lights and was loosely based on a children's movie filmed in 1956, Le ballon rouge. Story : A short man and a tall woman meet right before taking the plunge off a bridge in Paris. They decide to stick together and solve some of the problems they need to deal with instead of giving up on life. Or so it seems...

What m﻿﻿﻿akes this movie great﻿ : First of all, this movie is made by Luc Besson, director of Lucy and Leon the Professional! Secondly, this movie is a black & white story set in Paris and the plot is just unique.

A reflection on the Parisian's view of life & love Story : A Frenchman finds out he's close to dying and his dancing career is over, causing him to rethink his life and the meaning of it all. As he watches people buzzing through Paris, you'll get a taste of different generations moving through the capital, rekindling with love and suffering small failures. Each one of them lives their life without noticing the beauty of it, except for the dying man.

What m﻿﻿﻿akes this movie great﻿ : This kaleidoscope of stories was directed by Cédric Klapisch, also known for the renowned comedy Auberge espagnole. Klapisch truly masters the art of revealing depth in multiple characters at once. Klapisch comes from the suburbs of Paris so you can expect an authentic portrait of the complex capital. Paris gives a glimpse of the many layers of the city and the people within but stays light and hopeful all the same. Story : Nathalie, a beautiful, happy Parisian business executive woman finds herself suddenly widowed...To cope with her loss, she buries herself and her emotions in her work but, one day, inexplicably, her zest for life and love is rekindled by a most unlikely source, her seemingly unexceptional, gauche, and average looking office subordinate, Markus...

Notes on spoken language :  medium-hard Parisian French as there are quite a few technical terms related to work but easier when the Swedish character speaks as he has a slower speech.

What m﻿﻿﻿akes this movie great﻿ : This movie is unique because of its director. Foenkinos actually started by writing a novel which he later on decided to turn himself into a movie. Because of this choice, he managed to keep the soft and elegant tone that he used in his novel, making it a delight for the viewer. 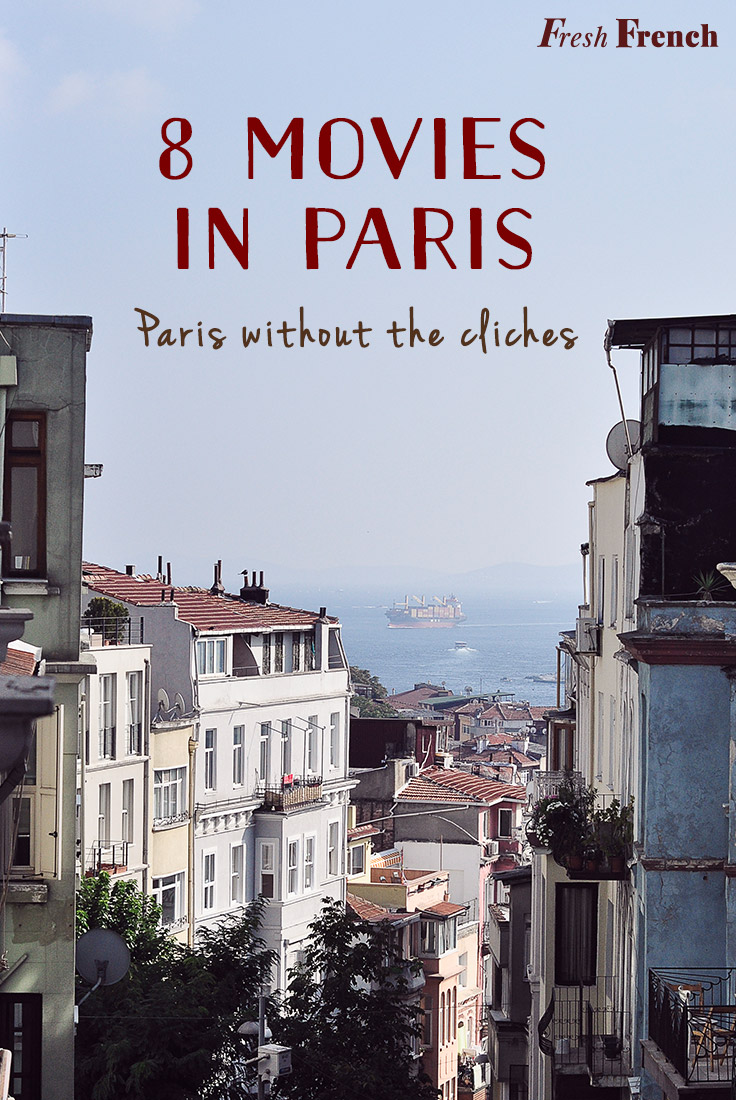 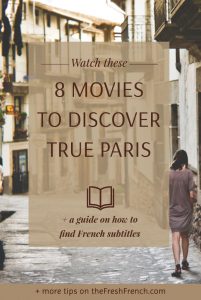